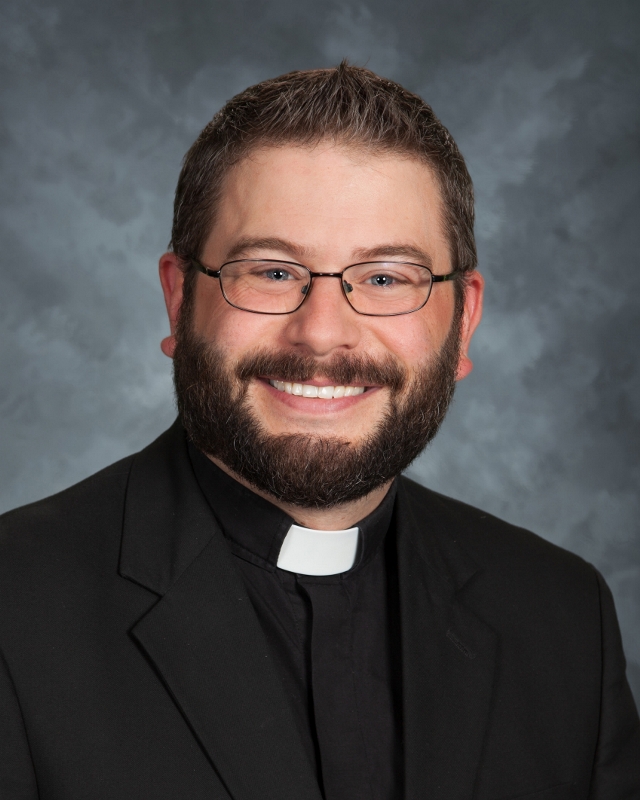 John Shank was born in Howell, Michigan in 1980. He is the youngest of three children. His parents were charter members of Shepherd of the Lakes Lutheran Church where John spent his youth. John and his wife Casey were married at Shepherd of the Lakes in 2004. In 2005 John and Casey started attending Shepherd of the Lakes mission congregation – Heart of the Shepherd Lutheran in Howell. John became active in this new church. His responsibilities included serving as an elder. Casey helped to start their Child Development Center.

Life took a different turn for the Shanks in 2006. In June John enrolled in a summer Greek class at Concordia Theological Seminary in Fort Wayne, Indiana. John continued his studies in the seminary program until he received his vicarage assignment to Trinity Edwardsville in the spring of 2009. As a vicar John had many roles including campus ministry at Southern Illinois University at Edwardsville. In May of 2010 John graduated with honors with his Master of Divinity from Concordia Theological Seminary. Trinity formally called Pastor Shank to serve as associate pastor in 2010 and then as Senior Pastor in 2012.